Patches are covering applied to protect a wound or sore. Vascular patches are elastic material ensures minimal suture hole, bleeding and compliance. The global vascular patches market is growing at significant rate, due to mounting occurrence vascular diseases and mounting acceptance of biological patches. Different materials contributed to the vascular patches market size. The market has witnessed high demand for biologic patches in the coming years due to benefits of biologic patches such as easiness of usage, and decreased rate of infection. 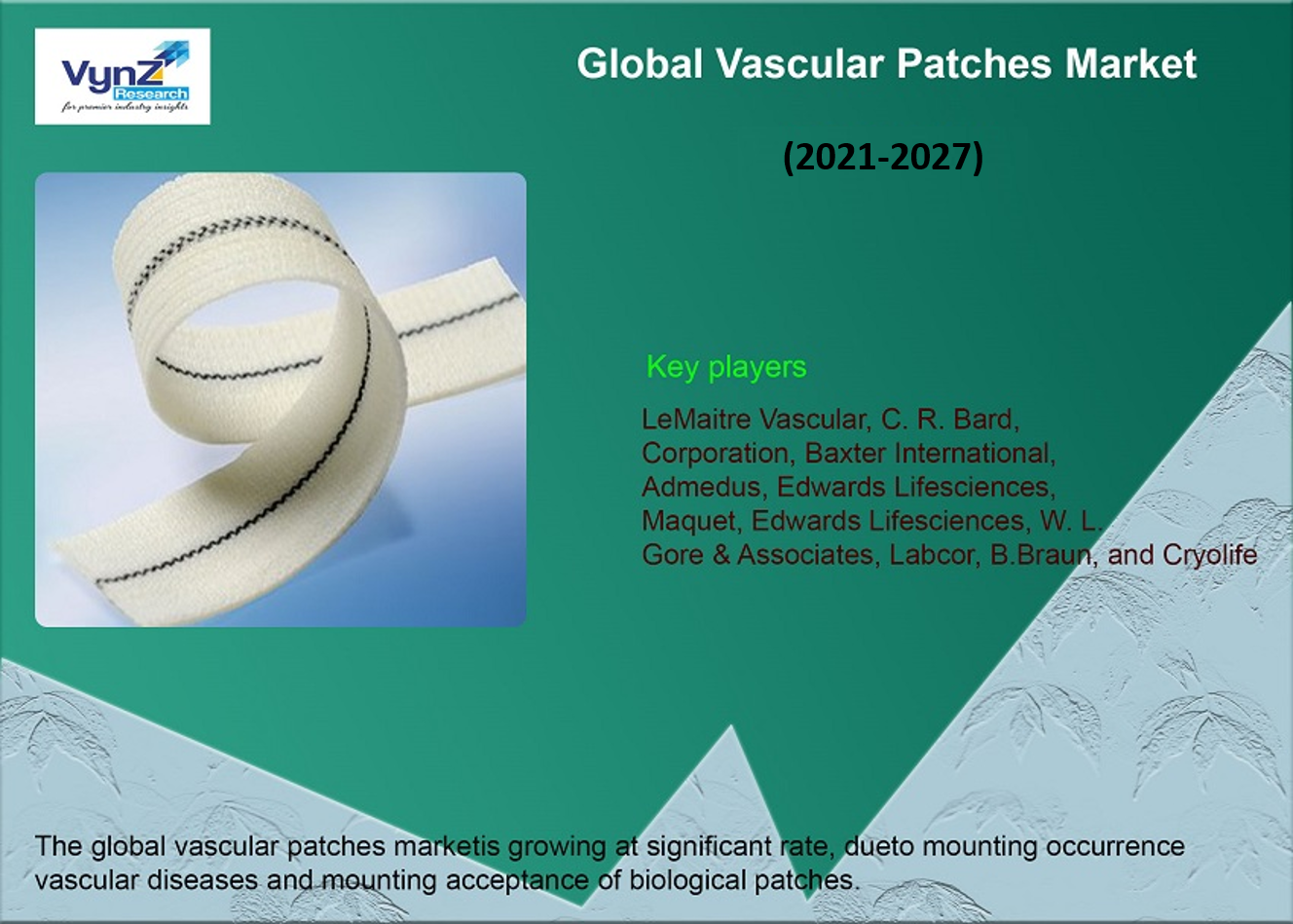 On the basis of material the vascular patches market is subdivided into synthetic patches and biologic patches. Of all materials, biologic patches segment accounted the largest share and is expected to grow at fastest rate in the market due to large number of patients and benefits of biologic patches such as easiness of usage, greater biocompatibility, minimal suture line bleeding and decreased rate of infection.

In addition, mounting acceptance of biological patches is also driving the growth of the market. The biological patches are biocompatible and are exceptionally tensile. It does not require special sutures and is similar to autologous tissue.

Expanding geriatric population and mounting healthcare spending and refining healthcare infrastructure in developing economies are also facilitating the growth for the vascular patches market. For instance, according to World Health Organization (WHO), globally in 2010 approximately 524 million people were aged 65 years and older, and is expected to reach 1.5 billion in 2050.

Demand for trained professionals, reducing number of carotid endarterectomy surgeries and product failures and recalls are the major challenges for the growth of vascular patches market.

Geographically, North America is the largest vascular patches market as in the region the geriatric population is increasing. For instance, according to the U.S. Census Bureau, in 2012 approximately 43.1 million people were aged 65 years and older in the U.S. and is expected to reach 83.7 million in 2050. Mounting occurrence of vascular diseases, and mounting acceptance of biological patches are also up surging growth of the North American vascular patches market.

Asia-Pacific is observed to witness fastest growth in the market, due to large pool of patients. In addition, expanding geriatric population, mounting alertness regarding advanced vascular products, refining healthcare infrastructure and mounting healthcare expenditure are also creating a positive impact on the vascular patches market growth in the region.

Key players in the vascular patches market are catering the demand of these devices by investing on technologically advanced products in their product portfolio across the globe. In November 2016, LeMaitre Vascular, Inc. acquired Restore Flow Allografts, LLC, to improve its biologic product range. In January 2017, Terumo Corporation acquired certain assets of Abbott and St Jude Medical of vascular closure business, to support efficient and safe intervention procedure.