Biometric system is a technological system which requires biological data such as an individual’s face, fingerprints, iris, DNA, and typing rhythms for the identification of a person. It is used in various industries such as banking, consumer electronics, defense, government, healthcare, transport, and commercial safety and security. 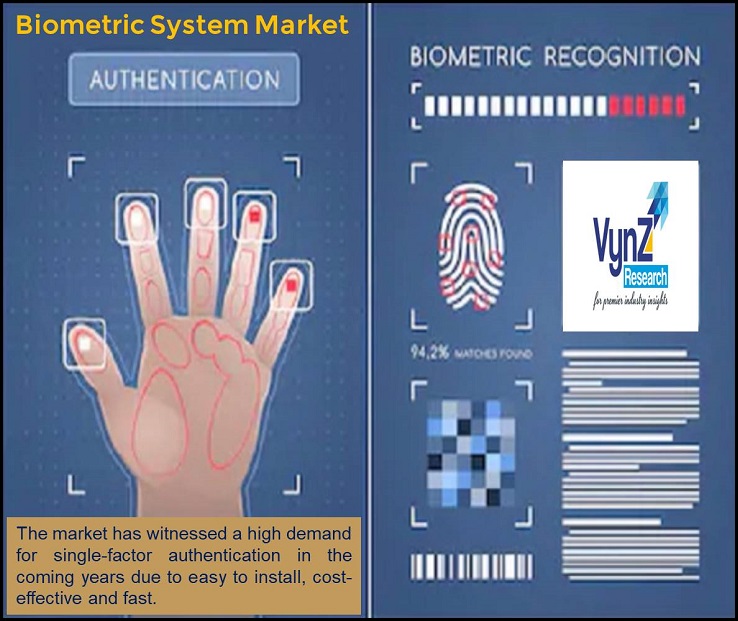 The global biometric system market is growing at a significant rate, due to a mounting number of government initiatives to implement biometrics and growing need for surveillance and security. Different authentication types contributed to the biometric system market size. The market has witnessed a high demand for single-factor authentication in the coming years due to easy to install, cost-effective and fast.

On the basis of the component, the biometric system market is subdivided into hardware and software. The hardware is further subdivided into the scanner, camera, fingerprint readers, and others.

On the basis of application, the biometric system market is subdivided into government, healthcare, automotive, banking & finance, travel & immigration, military & defense, consumer electronics, security, and others. Among all applications, the travel & immigration accounted the largest share in the biometric system market due to the mounting necessity for security across border-crossing points. In addition, the automotive segment is expected to grow at significant rate in the market due to escalating number of vehicle theft instances, which is boosting the vehicle manufacturers to provide their products with biometrics systems, thus enhancing the security levels for their consumers.

A mounting number of government initiatives to implement biometrics, multiplying of biometric technology in applications such as financial institutes, automotive, and retail, growing need for surveillance and security, and enhanced convenience, secure identity management, and superior human resource management are the primary growth drivers for biometric system market.

In addition, technological upgrades and advancements, and exclusive and easy features of biometrics system are the major factors driving the growth of biometric system market.

The threat of confidentiality and data breach, and high deployment price are the major challenges for the growth of biometric system market.

Globally industry players are leveraging market growth through launching new products. The high level of capital requirement also poses a major barrier to the entry of new players. This offers an edge to the established players in the industry competition.

Asia-Pacific is observed to witness the fastest growth in the market due to increased travel and tourism activity. In addition, mounting concerns of safety and security and escalating government projects are also up surging growth of the Asia-Pacific biometric system market.

Key players in the biometric system market are catering the demand by collaborating, and acquiring with small players and investing in technologically advanced products across the globe. In February 2018, Fujitsu launched AuthConductor Client, a collection of biometric authentication software for PCs. 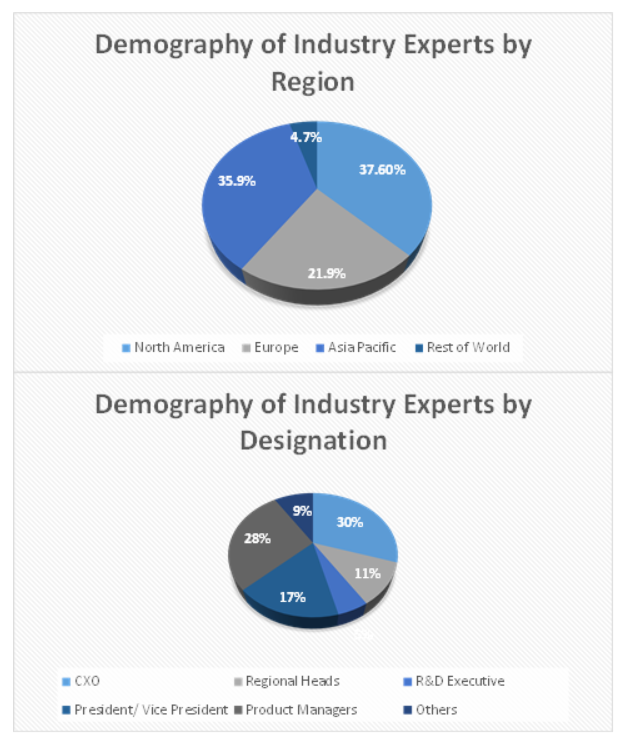 What are the challenges in global biometric system market?

The threat of confidentiality and data breach, and high deployment price are the major challenges for the growth of biometric system market.

Which are the major application for this market?

The travel & immigration are the major application for this market.
Pre Purchase Enquiry