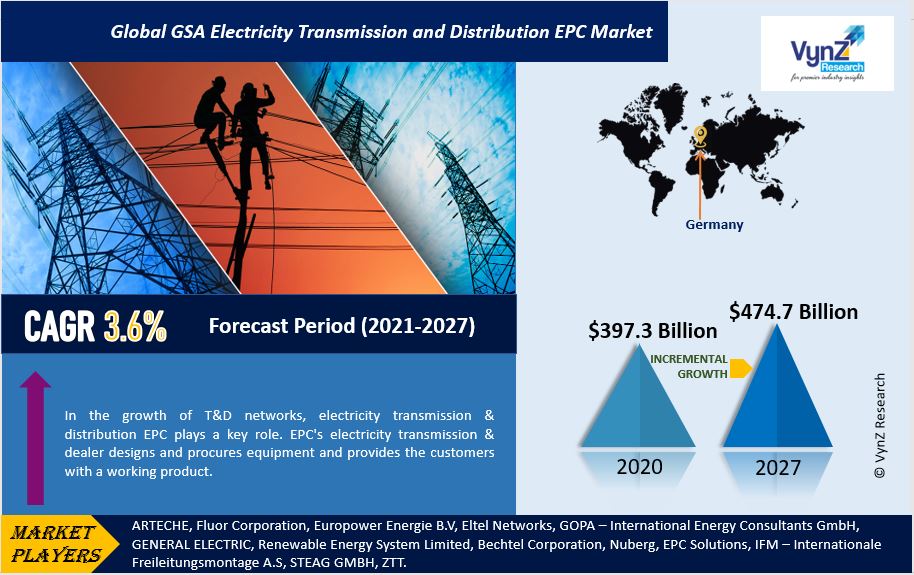 Different stages of electricity transport via poles and wires from generators to the home or a company are transmitted and distributed. The principal difference between the two is that electricity travels in any stage at the voltage level. Following the generation of power, an electrical wiring device transports electricity to our homes and businesses from a source of generation. The transmission and distributors are two different stages or networks in the grid. These lines can be located overhead or even on the floor, and the combined transmission and distribution lines form what is generally called the "group."

Transmission is the electricity supply "interstate road." It refers to the part of the supply of electricity which moves large-scale electricity from production sites to stations closer to electricity demand. Consumers may identify transmission lines as the bigger, taller towers with long distances holding several wires. Transmission lines move massive quantities of power at a high voltage - a level that is too much for direct distribution to a house or business. Lines, transformers, substations, and other systems are equipped with 100 kV (100,000 volt) and higher voltages.

Renewable energy has risen dramatically in recent years as attempts have been made to de-carbonise the energy market by increasing the renewable energy potential and phasing out conventional plants. According to Enerdata, the share in electricity production in renewable energy (including hydropower) was nearly 29% in 2018, up from almost one percent in the European Union in 2000. Renewable resources have been improved by adoption rates and power production variability. This has contributed to increased grid reliability issues. In order to achieve grid stability, substantial investments are required in T&D infrastructure

The low segment represented a major share of GSA's electricity transmission and distribution EPC market in 2019 about voltage. Increased demand for electricity is a key factor in investments in building low voltage distribution lines in residential and small business establishments.

The underground sector kept an important part of the electricity transmission & distribution EPC market for GSA in 2019 about its installation. The implementation by transmission system operators of several projects to construct an underground HVDC transmission line in offshore areas increases investments in underground lines growth.

Based on operation, GSA's EPC business procurement segment is expected to grow at a speedy speed during the projected period.

In the Austrian electrical transmission and distribution EPC industry, software companies are stepping up to assist producers in the procurement of projects. For example, ReqPOOL, a leading software management consulting company in Germany, partners with Austrian Power Grid AG, to efficiently manage the maintenance and technical services for electrical generation by electricity producers and distribution systems operators. Key innovations in the GSA electricity transmission & distribution EPC sector led to the rapid growth in sales, where the market is expected to reach USD 546.5 billion by 2030.

A key factor driving the EPC electricity transmission and distribution market in the country is the implementation of the proposed investment in the construction of grid transport infrastructure for maintaining grid security.

Competitive Landscape and Key Players in the Market

With the involvement of many players operating at local as well as domestic levels, the GSA electricity transmission and distribution EPC sector:

Due to the COVID 19(coronavirus) outbreak, the national closure and lock-down scenarios have contributed to a major decline in emissions. Therefore, in response to a pandemic subsidy over the coming months, Swiss environmentalists seek a green recovery from sectors that are contributing to increased greenhouse gas emissions, such as aviation. Therefore, companies in Switzerland should take advantage of this opportunity to promote renewable energy electricity production for power producers on the electricity transmission and distribution market EPC.

In 1986, British Gas was privatized under the government of Margaret Thatcher. In the late 1990s as the 12 regional electric power companies were being sold in England and Wales, the first sections of the electricity market were privatized.

Subsequently, the Scottish industry and the national energy and power firms, along with the national grid, were sold. Electricity and gas are primarily moved across the country by the National Grid. This is called transmission. Transmission. A variety of different organizations are responsible for the very last leg of the trip to the homes and businesses of citizens - known as delivery.

The BBC has discovered that it is humanity's greatest greenhouse gas, and emissions have steadily increased in recent years. In the electrical industry, sulfur hexafluoride or SF6 is used frequently to avoid short circuits and injuries. However, UK and EU gas leakage in 2017 was the equivalent of 1,3 million additional vehicles being placed on the lane.

For seven years, electricity has been overpaid by consumers because the regulator has made network operators' objectives too simple, a watchdog said. The NAO reported that the Office for National Auditing (Ofgem) allowed firms that run wires and pylons to make greater profits than required.

The excess return of £800 million meant that bills were up to £1.60 a year higher than needed. Ofgem said that without intervention, the excess may have reached £13. The study reveals that "energy networks have enjoyed a major windfall at the expense of consumers" Gillian Guy of People Advice.